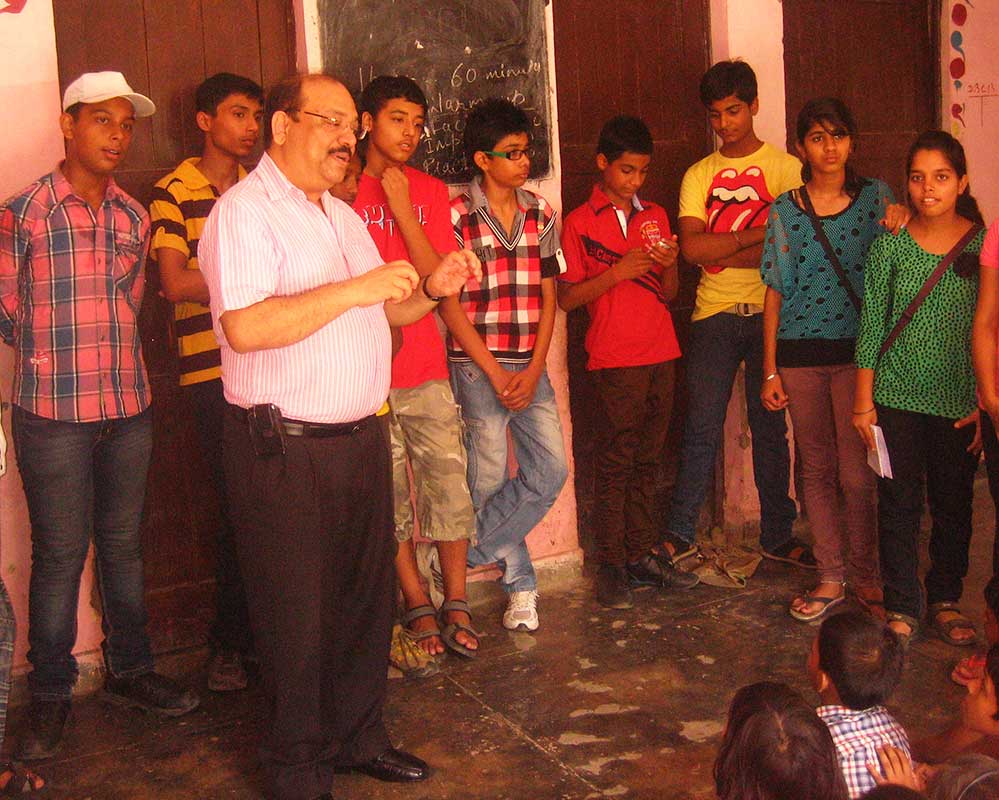 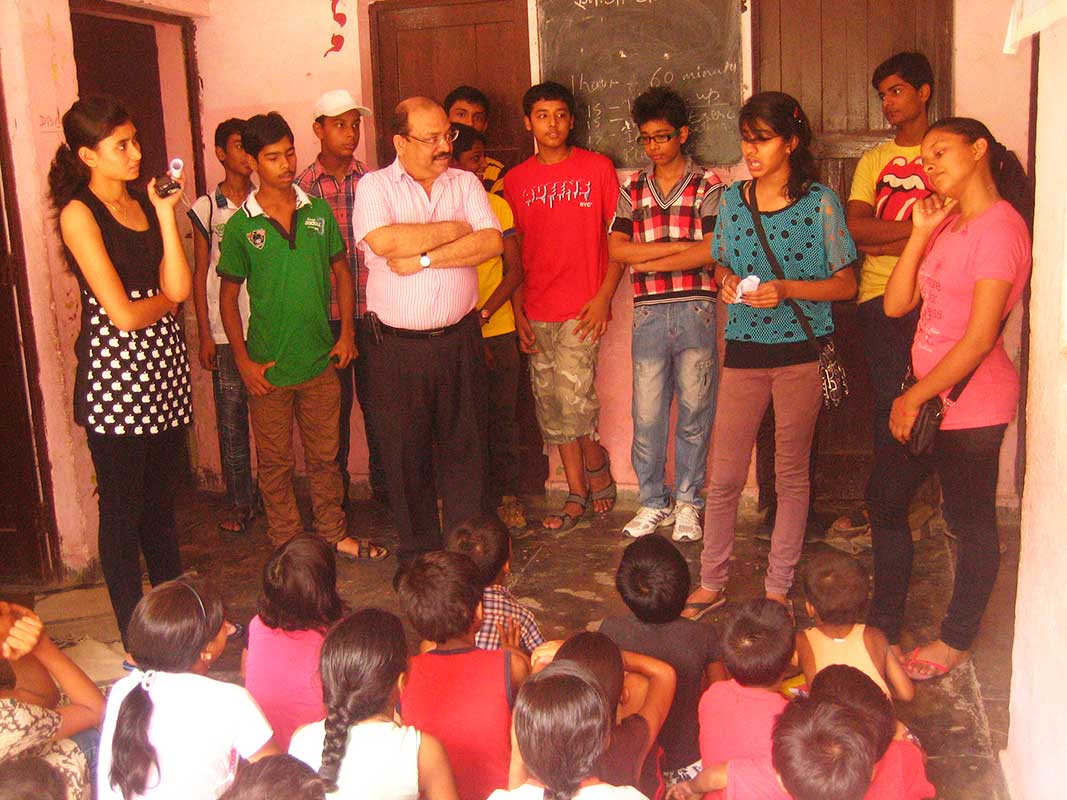 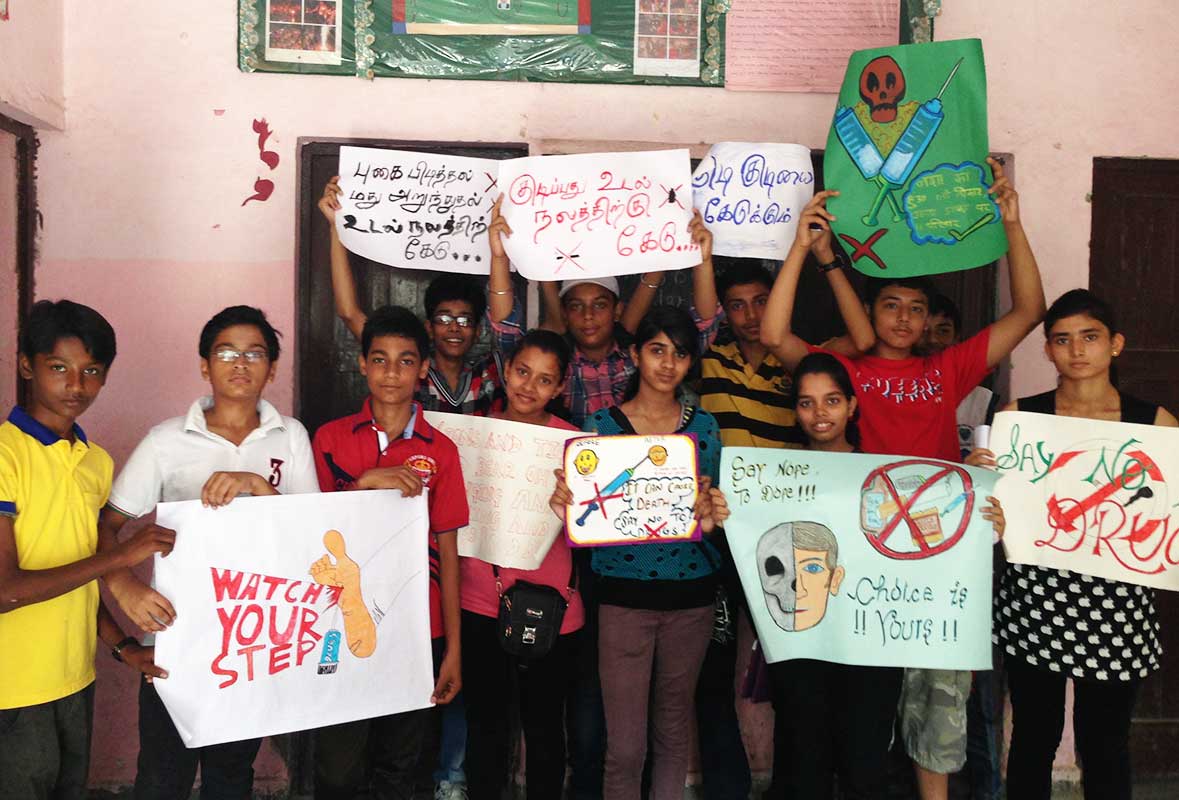 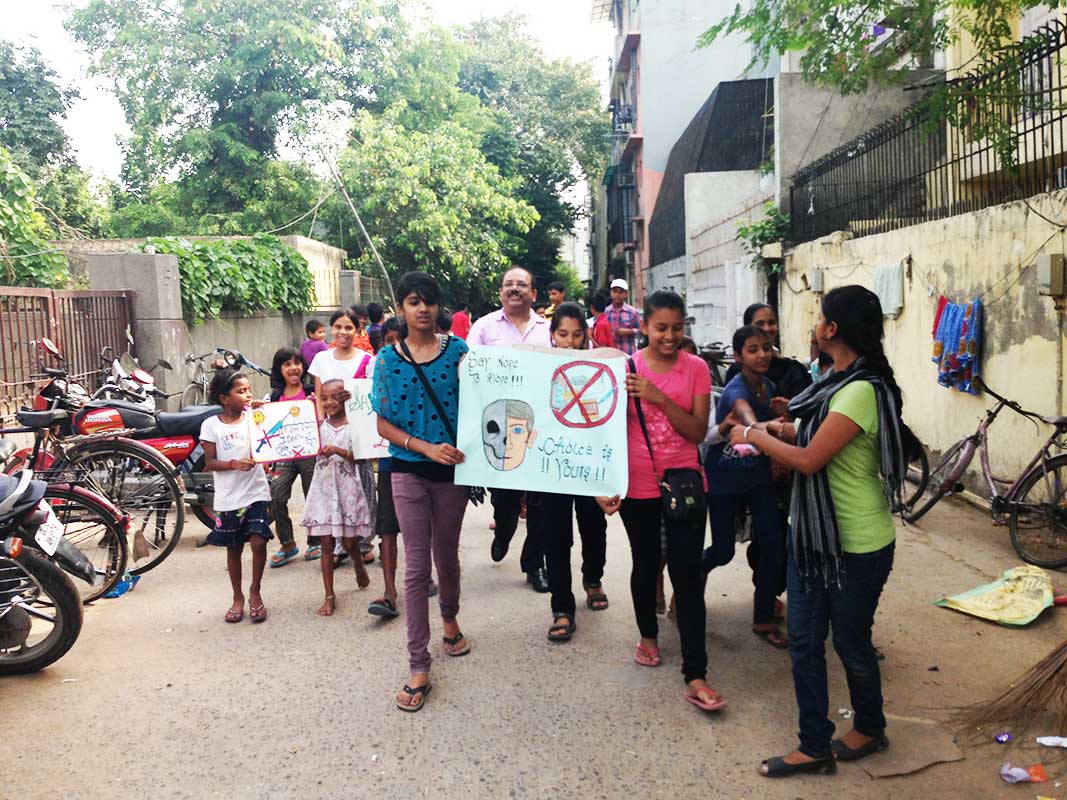 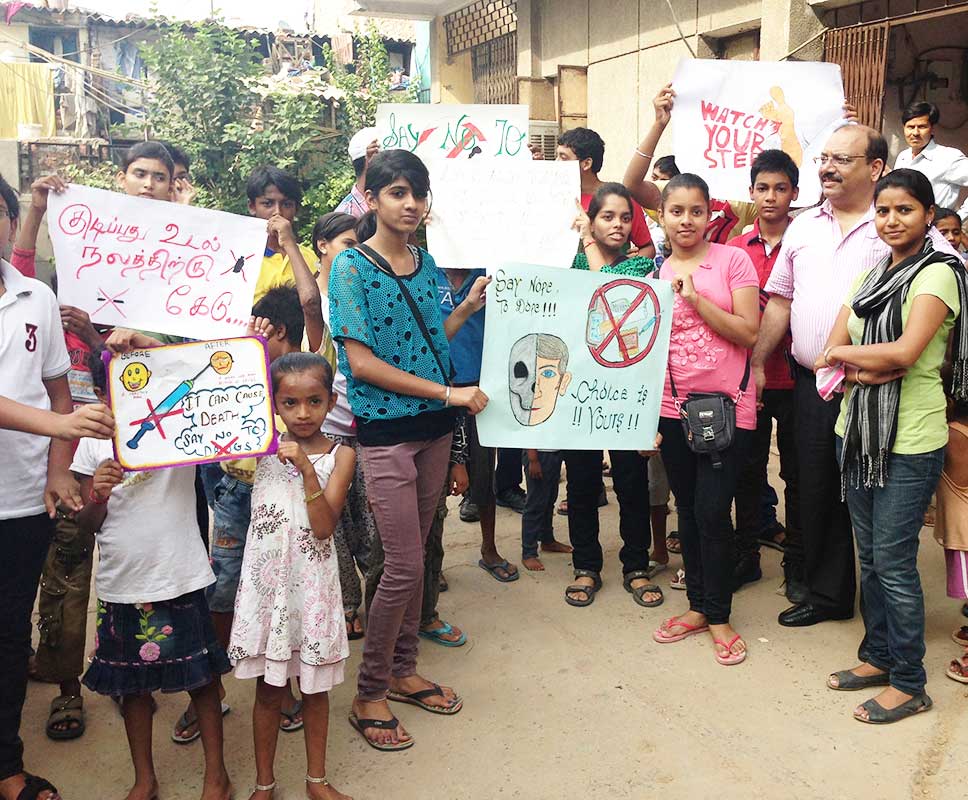 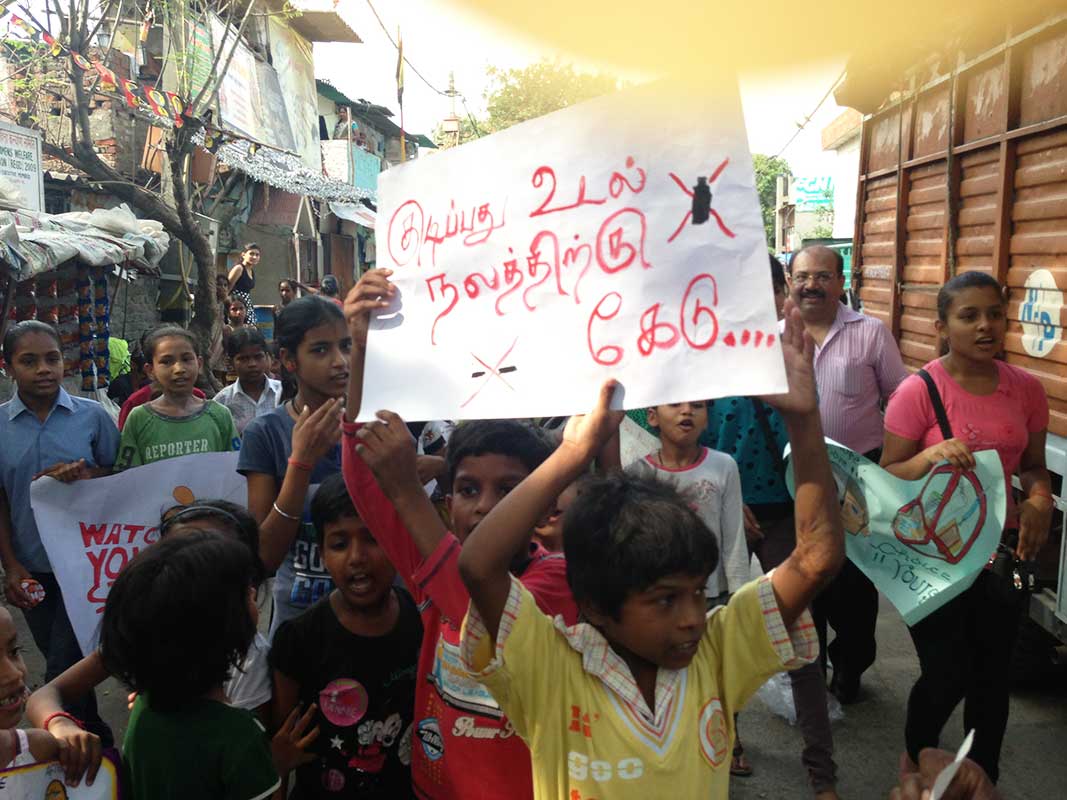 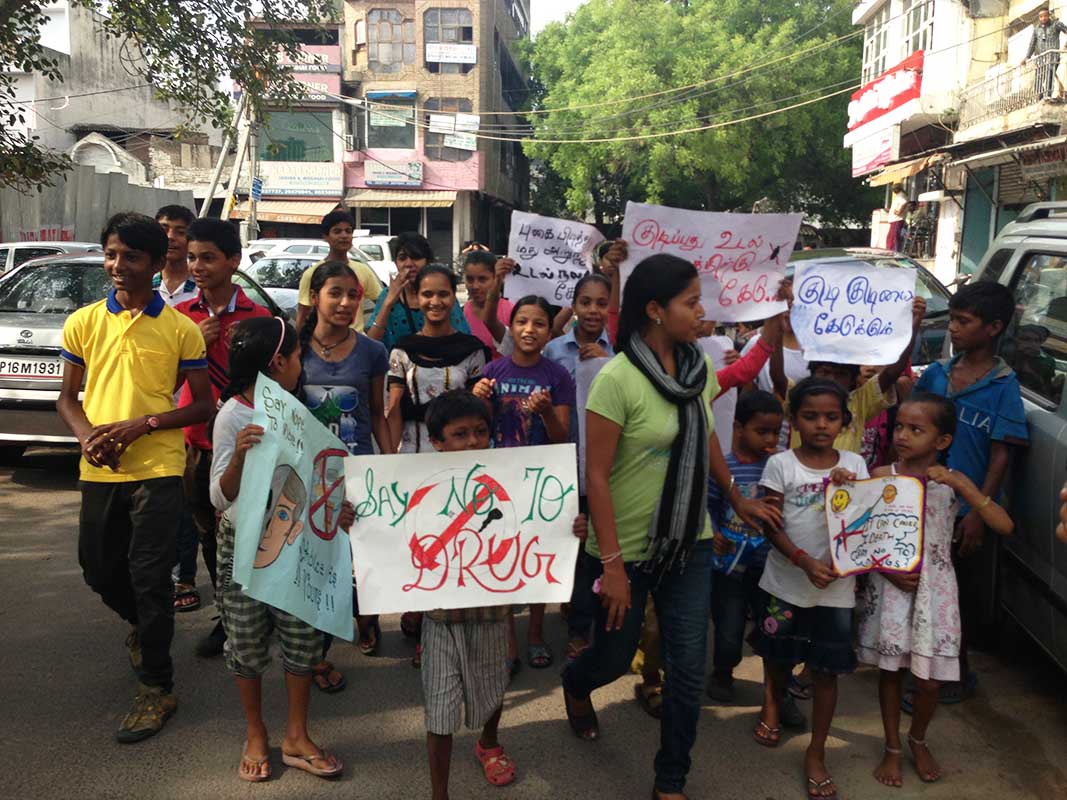 Education brings awareness and responsibility and Prajna foundation at Kalkaji with this aim in view is making concerted efforts to make a positive difference in the life of the slum children.

On the occasion of International Anti- drug day, Prajna foundation initiated a Campaign against drug abuse to bring awareness about its ill effects to the children & their families with the help of student volunteers of DAV public school.

A poster making and slogan writing competition was conducted on drug awareness. The children participated by putting their talent to best use and nine best posters were selected out of twenty-five posters.

The DAV Volunteers also performed an impromptu skit on the subject displaying how to cope with peer pressure and helping drug victims to give up their habit through guidance and support.

Later, a rally was also taken out by the volunteers through  the Kalkaji slum lanes to create more awareness among the residents through attractive posters & well coined slogans such as, ‘ Nashe ka jo hua Shikaar,  Ujda Uska Ghar Sansaar!!! and “Use of drugs? NO, NO, NO!!” that reverberated the area.
The students were also awarded certificates for their participation in the anti-drugs campaign.